What in the Wood? 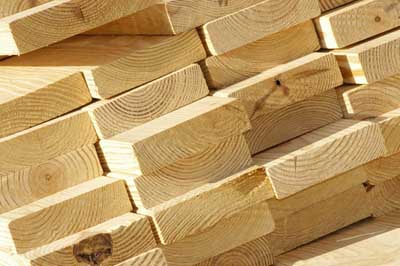 It’s safe to say that many of us felt as though we had fallen straight into the Twilight Zone for the entire duration of 2020. We all had to endure things like a worldwide pandemic, murder hornets, half the country burning, and a whole slough of other things that were simultaneously unreal and too real. There were some good things too though. For example mortgage rates were very low, and this enabled people to be able to build or buy houses where they previously would not have been able to. This housing boom also caused lumber prices to skyrocket. Now I could throw a bunch of numbers, statistics, and percentages at you to illustrate my point, but I think I’ll just emphasize that the cost of lumber shattered the previous record high from 2018. Why did that happen?

There are several factors to consider here. More people were able to buy houses. Then going out became somewhat of a taboo, which led to an increase in DIYers for home improvement projects and a new need for outdoor living spaces. Restaurants also saw an increase in outdoor spaces, considering many of them were limited in the amount of people allowed inside at one time. Those examples are demands which put further strains on the supply. The domestic supply of trees to be used for lumber isn’t as high as you might think, and a lot of our lumber comes from outside of the states. Therein lies a decades old conflict on the fair amount of lumber to import, as well as the costs for all parties. So after looking at all those things, what can you do?

When determining your overall budget, you may have to consider lumber prices. There are two options that commonly come up. The first is called a lumber escalation clause, where you agree to pay the difference as the lumber market changes. If it goes up a certain percentage, you would have to fund that difference, if it were to go down that same percentage you could get that fund back, or put it toward something else in your project. The second is more popular, and allows you to lock in your rate on lumber. If it goes up in cost, you’re not forced to prestigitate money out of thin air. Prices have always fluctuated, but now more than ever the experts are at odds with one another about what the market will do in the near future. There’s a good chance that your builder has looked at the lumber trends and can answer any questions you may have about how your project will be impacted, so partner with them to find the best option for you!

You have Successfully Subscribed!